We are once again facing the threat of changes to our pension plan.  CUPE Ontario is planning a campaign to show the OMERS Sponsors Corporation that we, as members, are not going to accept their attempts to reduce or eliminate our ability to maintain guaranteed indexing in our retirement years.  Details of the first campaign should be available later this week. It is of utmost importance that all CUPE Local 4186 members participate fully in each campaign.  A member from CUPE Ontario will be attending one of our meetings to give more information about the challenges ahead and what we can do to protect our pensions. Date and details will be announced once they have been confirmed.

It is important to remember that the fight against cuts to education is everyone’s fight. Together we can show the Ford Conservatives that the people of Ontario support education workers and want to protect high quality public education! Updates regarding future job action and ways to support will be posted or sent to personal emails as they become available.

Please see the most current pay schedule attached below.

It is important to support our colleagues as they face a challenging situation at the bargaining table and fight to preserve our education system. Below is a link to learn more about and take action on some of the important issues that are affecting education today.

Reminder: all members should regularly check their personal emails for communications from the Local.
It is important to check the spam, junk and promotions folders on a regular basis,
as these emails seem to have problems reaching the inbox.
Let’s make checking email and the website a regular part of our Union activity in 2020.

Your Bargaining Committee is pleased to announce that we have ratified Part B of our Collective Agreement.  The new agreement reflecting the changes, will be posted once it becomes available.

After five months out of Queen’s Park, Conservative MPPs were met by labour and community activists at Queen’s Park on Monday, October 28. A march was held circling the Queen’s Park circle, while inside a press conference that included labour leaders and workers who have been laid off because of Conservative cuts where the OFL called on the Conservatives to change the agenda and build an Ontario for all.

We sent a strong message. With a cavalcade of floats at Queen’s Park and actions across Ontario at MPP offices, it was widely covered in the media and #powerofmany was trending on twitter. 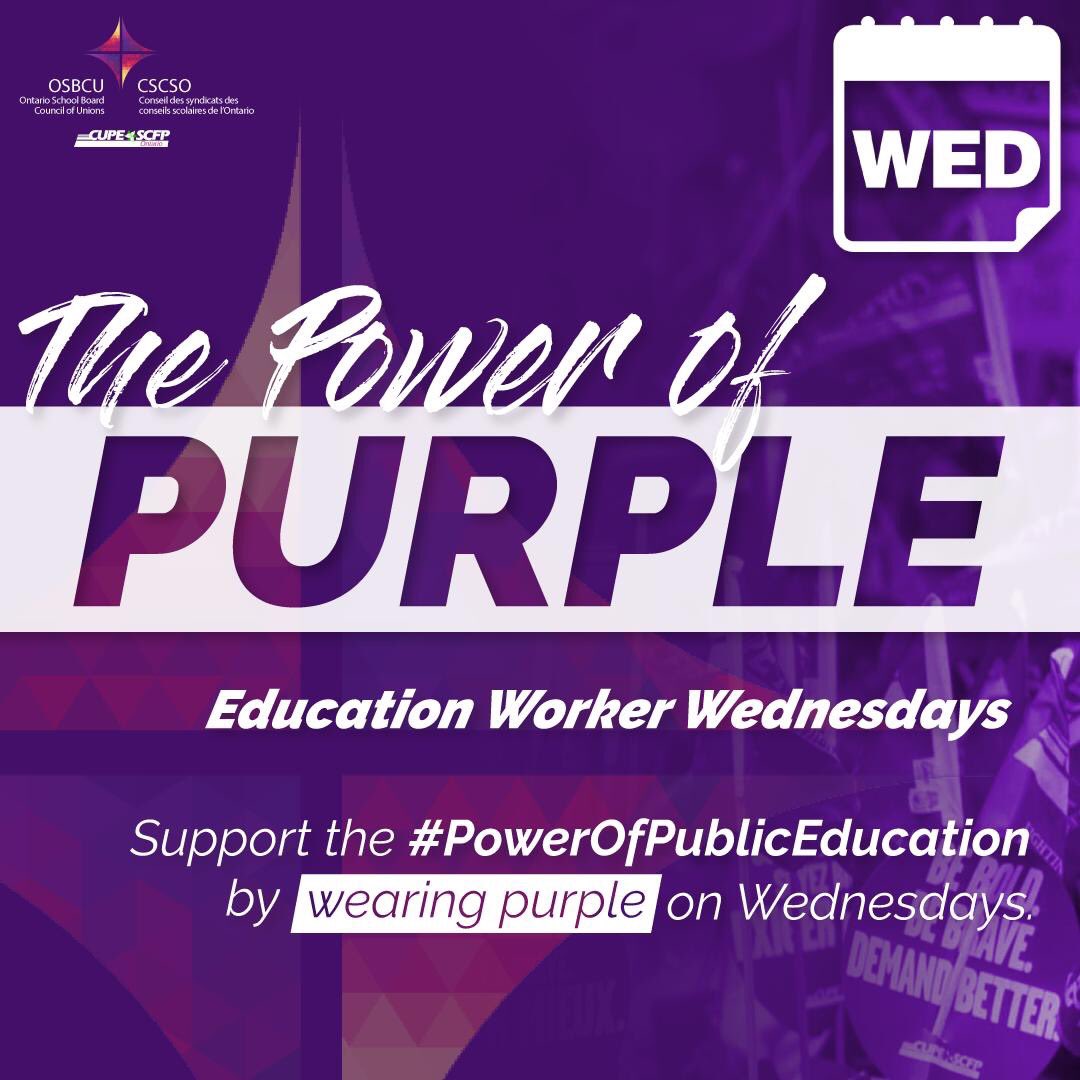 What are the Ford Conservatives are trying to achieve with Bill 124?
Read the fact sheet:            Bill 124 Fact Sheet
How is the Conservatives’ austerity agenda affecting school boards in Ontario?
Read for details:       Cuts and Reduction in Services